The most beautiful places in Athens 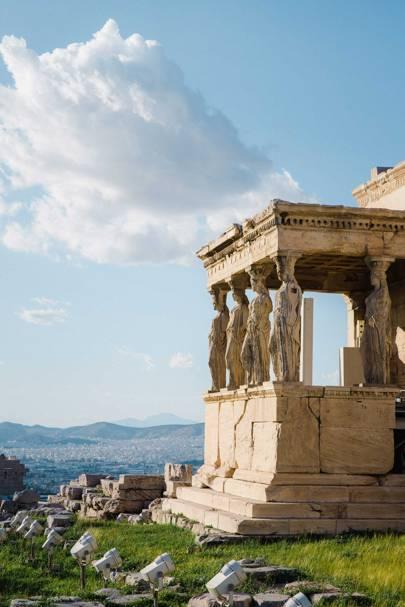 Set on what is known as the Sacred Rock, this complex is the ultimate symbol of Ancient Greek culture. The name Acropolis means ‘high city’, and both the Acropolis

itself and the Parthenon, the imposing temple dedicated to the goddess Athena, are visible from almost every spot in the capital. Today, it is a UNESCO World Heritage Site. 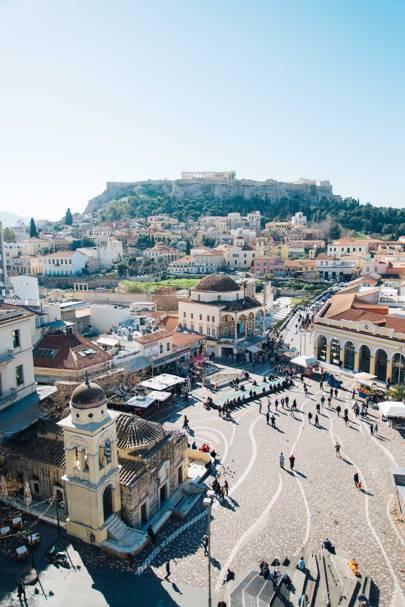 This lively neighbourhood is known for its flea market, dotted with stalls that sell handmade jewellery, intricate carpets and summery clothes. The area also has plenty of traditional tavernas and restaurants, many with widescreen views of the Acropolis. 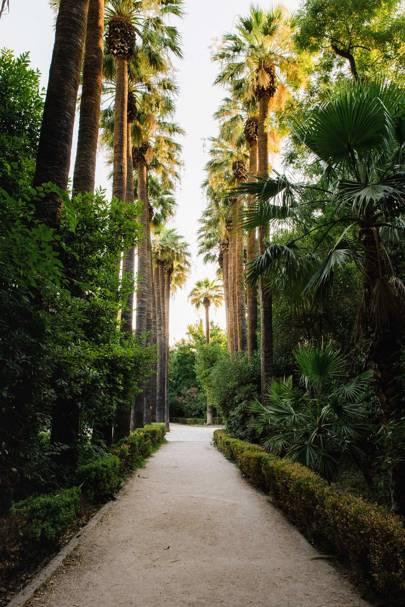 Completed in 1840, this vast expanse – once known as The Garden of Amalia, in homage to the queen who commissioned it – is full of rare kinds of flora and fauna. There are also ancient ruins, Corinthian columns and mosaics to discover here. 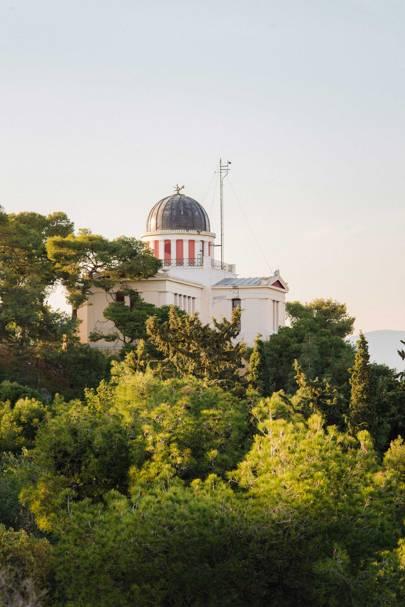 THE NATIONAL OBSERVATORY OF ATHENS

Founded in 1842, this is the oldest research foundation in Greece. The building is X-shaped, with its wings perfectly oriented towards each of the four points of the horizon. The Doridis telescope, a refractor kept in a round structure a few metres from the main building, is a must-see. 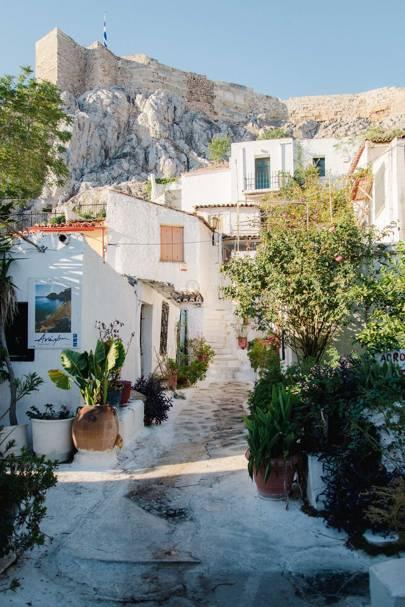 Probably the most picturesque part of Athens, this scenic neighbourhood is built into the foothill of the Acropolis. Its narrow streets and whitewashed houses are classic examples of Cycladic architecture. 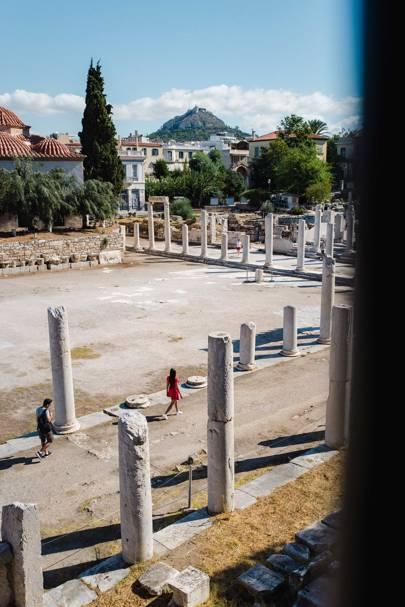 This structure was built between 19 and 11 BC. Although the Ancient Agora to the west was the place of political gatherings for Athenians, the Roman Agora was an open market. Only a small portion of the columns and the remains of a public outhouse are still standing. 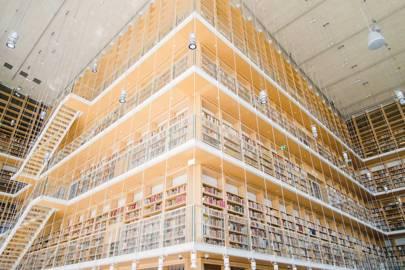 Created as a result of an exclusive grant by the Stavros Niarchos Foundation in 2016, this public space offers free access to many cultural, educational and environmental activities and events. It includes the Greek National Opera and the National Library of Greece as well as Stavros Niarchos Park, one of the largest green areas in Athens, covering 52 acres. 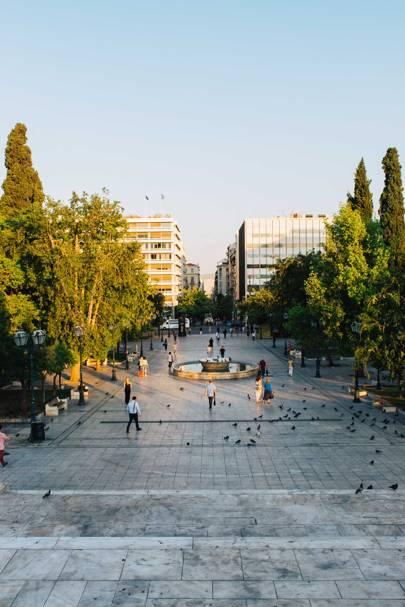 The central square of the city was named after the constitution that Otto, the first modern King of Greece, was obliged to grant after the 1843 uprising. Presided over by the Hellenic Parliament, this square is always thrumming with life. At its heart is a marble fountain fronting the enormous staircase that leads to the Monument of the Unknown Soldier. 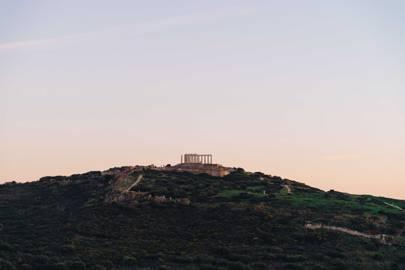 One of the major monuments of the Golden Age of Athens – and one of the oldest spots on this list, built between 444 and 440 BC – the Temple of Poseidon overlooks the sea at the end of Cape Sounion, towering almost 200ft above the water. It is thought to have been constructed by Iktinos, architect of the Temple of Hephaestus in the Ancient Agora. Sixteen of the slender Doric columns still stand today. The site also contains remains of a propylaeum, a fortified tower, with a sixth-century temple to Athena a short distance away. 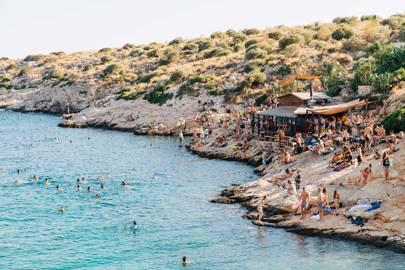 Head past Vouliagmeni Lake to find these tiny coves and bays where it’s possible to swim in the crystal waters of the Saronic Gulf surrounded by blinding-white rocks and Mediterranean scrub. 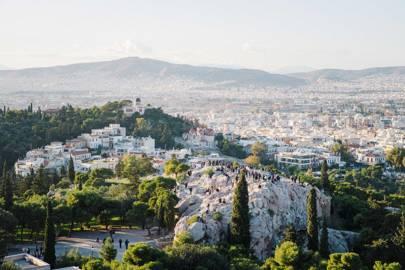 In ancient times, this hill at the exit of the Acropolis was the judicial court. Now, people come in the afternoon and evening to seek out incredible views of the city and the sacred rock. 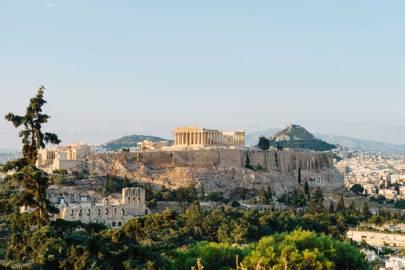 This is one of the best places to go on a walk surrounded by nature. Hike to the top to be rewarded with panoramic views of the Acropolis, the city and even the sea. 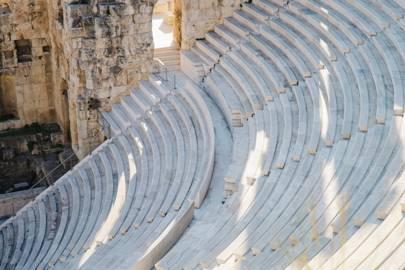 This marble theatre on the south-western slope of the Acropolis has hosted some of the world’s greatest musicians. It’s the main venue for the Athens and Epidaurus Festival when visitors flock to watch ancient plays and musical performances, both Greek and international. 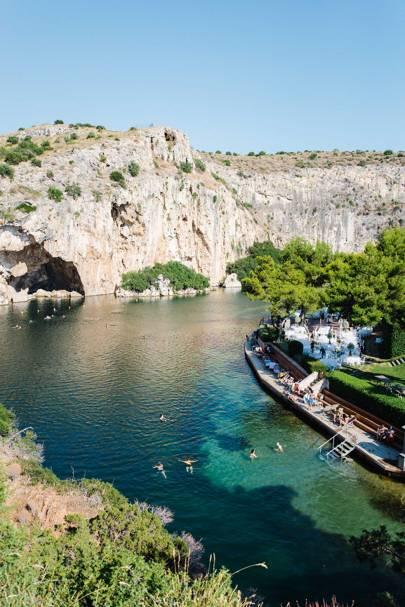 This lake is technically just outside the city, but it’s a place of natural beauty that’s worth a detour. The water maintains the same temperature throughout the year due to a continuous supply from underground thermal springs and canals connecting the lake to the sea. 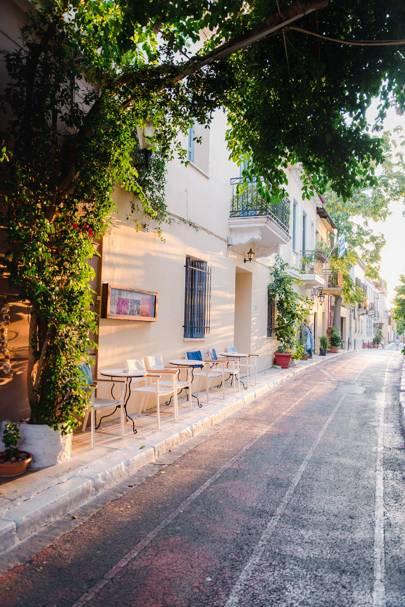 A corner of the capital with a village feel, this area buzzes with tiny shops selling jewellery and local ceramics, as well as cafés and family-run tavernas. It remains the most picturesque neighbourhood in central Athens – a Greek island in the city.